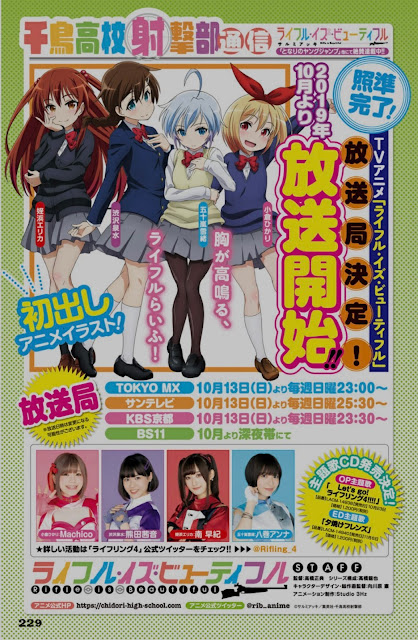 
"Kokura Hikari is a first-year high school girl who loves rifle shooting. She entered Chidori High School because it had a shooting club, but finds that the club had been disbanded. She had only one day to find enough members to reform the club, but luckily was able to find three other first-year girls who she had met at a competition in middle school.
Thus begins the daily activities of the Chidori High Shooting Club.“